Google launched the Google Chrome OS last year and many people wondered if Google had just challenged the core domain of Microsoft. The graphic below depicts what was going on in Google’s mind when they started working on the Chrome project! 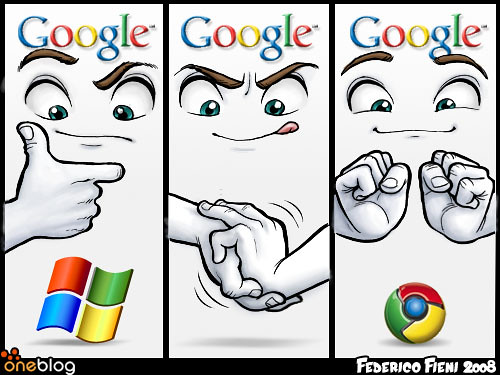 In its current form, Google Chrome OS isn’t a full-fledged Computer Operating System. It is more likely to be suitable for less powerful computers like Netbooks or Tablet PCs.

The logic behind Google Chrome OS is that most of the users today, spend maximum time in the Browser accessing the internet. So why not build an Operating System which works in sync with the innumerable and highly versatile Web-Based applications.

It is designed to lightweight with features that would cover almost all the needs of any computer user. Google has Open Sourced the Google Chrome OS code, hence a lot of talented developers would go ahead and develop useful applications catering to every need of the Google Chrome OS user.

How The Google Chrome OS works: