If you’re a frequent user of the Command Prompt in Windows, you’re in for a shock. After more than a decade, Microsoft has updated the functionality of the Control Panel with the one feature – and more – that users have been asking for: CTRL + C capability.

For those unfamiliar with the Control Panel, you can’t just cut and paste command in it. Until now, until Windows 10 was released. Once open, right-click anywhere in the title bar. You’ll notice a new menu, including the options for Edit, Defaults, and Properties.

We bet you never thought you’d see the day the Command Prompt had actual settings, did you?

Well, here they are!

The Options settings allow you to change some cosmetic features, like cursor size.

The Font settings allow you to change the size of the window and the font, making the Command Prompt more visually appealing. 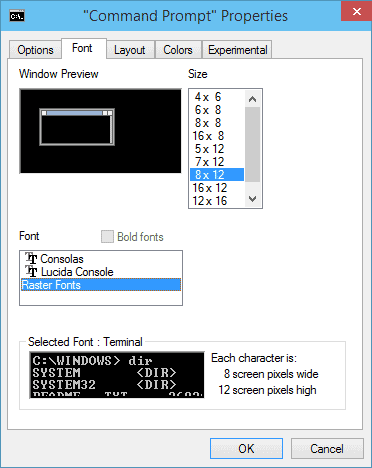 The Layout settings allow you to change the size of the Command Prompt when you open it, making it more functional for whatever you might be doing. 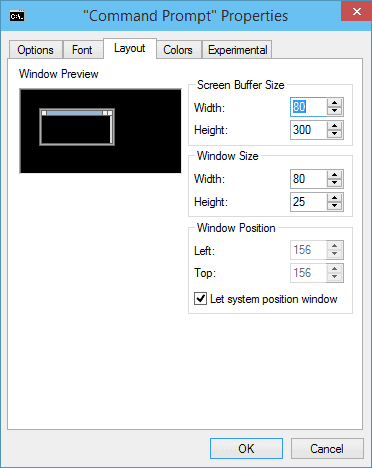 The Colors settings allow you to change the color scheme of the Command Prompt, again, making it more visually appealing when in use. Finally, the Experimental settings allow you to change some of the functionality of the Command Prompt, including turning on CTRL + C, and other CTRL features, on. 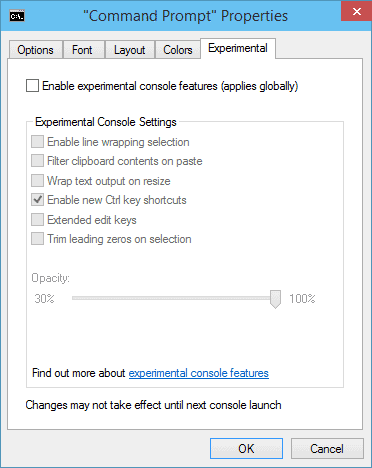 Make sure to check “Enable new CTRL key shortcuts” to use CTRL + C and other features.

Keep in mind that turning on the experimental features can make the Control Prompt buggy, especially when test driving Windows 10. You’ve been warned.

The changes to Command Prompt in Windows 10 are exciting and needed. For those of us who use it in Windows, we’ve been wanting CTRL + C functionality for years. Now that it, along with the other included keyboard shortcuts, the Command Prompt is like a brand new toy for Windows users to tinker around with.