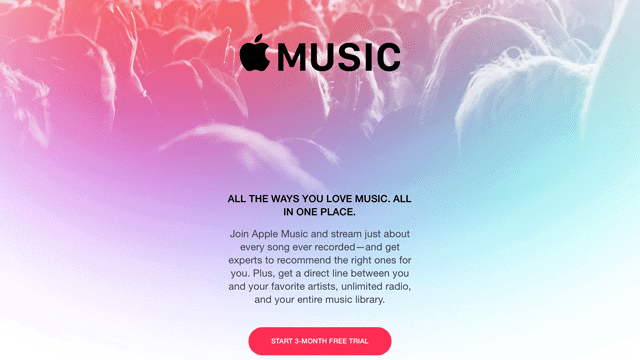 iOS 8.4 has officially dropped, and it has a gift for us apart from the usual bug fixes and performance improvements. It ships with the brand-new Apple Music with Beats One radio and streaming options. Now you can pay Apple to get a Spotify-esque experience by streaming whatever you want in Apple’s catalog (even Taylor Swift).

However, Apple Music is weird to use. It’s several different apps crammed into a couple of tabs, and it can be confusing. We put together a quick guide for people who aren’t sure how this all works.

Also Read: How to Enable and Use the Wi-Fi Calling Feature on Your iPhone

Everything You Need to Know About Apple Music

What Do I Get for Free in Apple Music?

So, Apple Music users can be split a couple different ways. There’s a group of you that really doesn’t care about what the new stuff is and just wants to get back to your own collection.

If you start-up the new Music app, all the old functionality is still there. It syncs with iTunes and plays saved songs without issue. 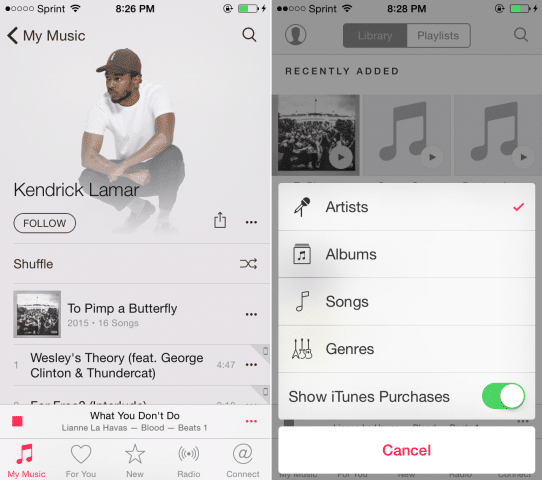 Here’s the bad news: the system of organization makes it exponentially harder to sort through your music collection like you used to. Where there used to be ways to divide by artist, album, genre, etc, your music gets one tab at the bottom and it should be lucky to get that.

Honestly it’s just hard to sort stuff. Want to view your albums? You need to tap the red “Artists” above the artist list (the one that gives little indication it’s a button) to sort by album, song or genre.

The song currently playing is bumped to a bar at the bottom of the screen. Tapping that opens a full-screen now-playing slide. It’s clearly designed for larger iPhones and looks just weird on my 4-inch iPhone 5. 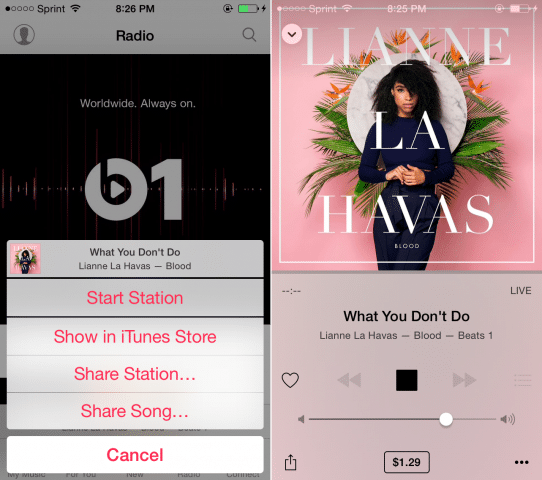 If you haven’t ponied up for an Apple Music subscription, you also get Beats One radio for free. It’s an internet radio station that runs 24/7 across the globe, as they’re fond of reminding you.

I kept the station while writing this article. Its DJs play an eclectic mix of stuff you probably haven’t heard of if you’re not reasonably into music.

I liked the mix. It’s a decent mix of the known (Muse, Daft Punk) and the less known (Alabama Shakes). Obviously your mileage will vary depending on your taste, but so far it’s been pretty good to me.

There are several other stations you can listen to for free like Pure Pop, Sound System, On the Floor, Country, NPR and ESPN. 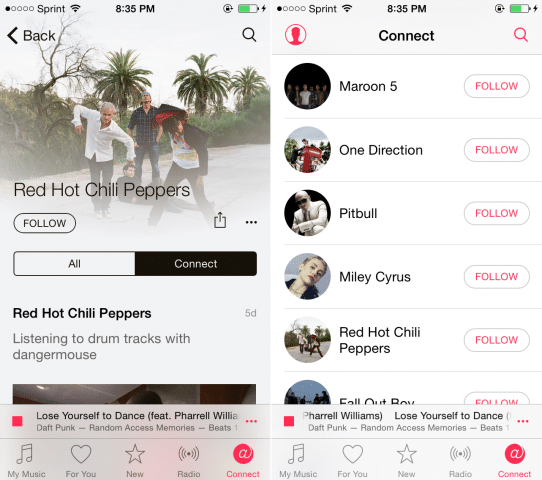 The last free bit of Apple Music is Connect, a weird mini-social network for following music artists. Imagine a stripped-down Tumblr with heavily moderated comments where you can only follow musicians, and that’s Connect.

It’s… not bad. Connect’s utility is directly proportional to whether your favorite artist is on it, and how often they post.

It seems okay, but honestly I’m not sure why you wouldn’t just follow them on another platform. Why use Tumblr-lite when you can use Tumblr?

The real meat of the app lies hidden under “For You,” “New,” and the search button. If you sign up for Apple’s streaming service ($9.99/mo for one user or $15/mo for a family), you can just search for artists and stream them.

No downloads necessary. You don’t have to purchase anything – it’s just Apple’s massive collection of streaming music. This is obviously a good way to check out new stuff and get a Spotify-like experience though it requires paying and has no free tier outside of the 3-month trial.

How does Apple Music stack up against the competition? That depends on your taste in music, devices and choice of ecosystem.

The real main choices these days are Apple Music, Spotify, and Google Play All Access. People forget about All Access, but it’s pretty good. 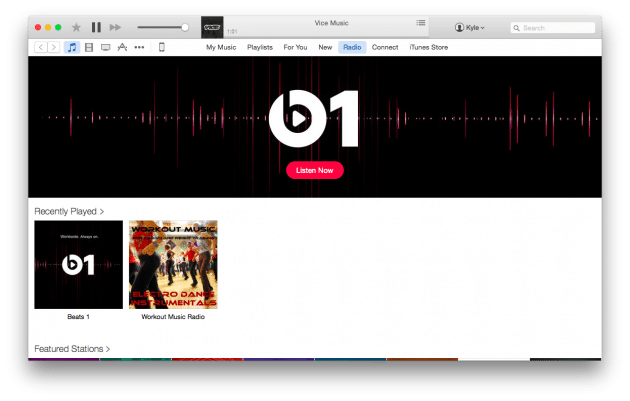 For people who put their music collection into iTunes, Apple Music is a natural fit. You can use iTunes Match to upload your collection to the cloud for streaming alongside other songs you don’t own with Apple Music.

Apple Music is also a good fit for iOS users. Apple of course, uses its home turf advantage to deeply integrate Apple Music into iOS. All the little widgets of Apple Music like buy or favorite are in the Control Panel and on the lock screen. With third-party music apps on iOS, you get basic play/pause/skip and that’s it.

From a perspective of interface, Apple Music actually falls flat here. Apple is cramming at least three different apps into Music, and it shows. The app is packed with three-dot menus hiding functionality that are already inspiring rage. 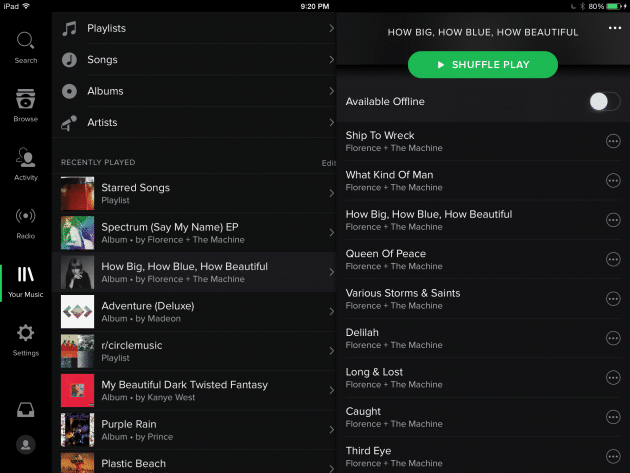 Spotify’s user interface isn’t much better. There’s still a lot hiding behind weird menus, but it’s much simpler because it doesn’t have to handle your separate personal music collection and a mini-social network. 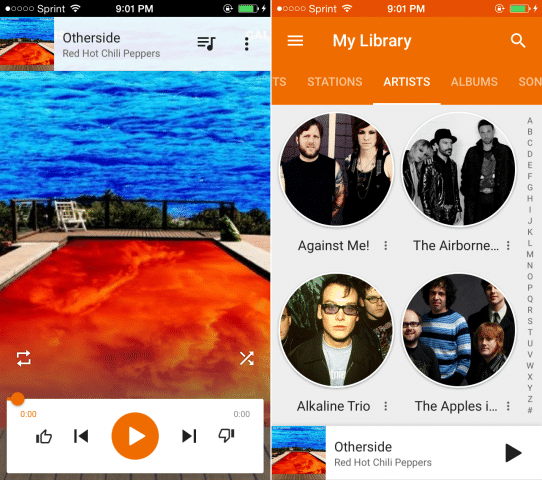 Google Play Music All Access certainly doesn’t have the shortest name, but it’s a very underrated music service with a great catalog.

Google puts it on iOS, Android and in the web browser. You can stream the content from anything that can access Google, and it’s pretty neat.

As far as simplicity of interface goes, it’s alright. Not as complex as Apple Music but not as simple as Spotify either because it has to handle your collection plus stream other stuff.

Must Read: The Best Hidden Features for Safari on iOS

Apple Music is good, even great at what it does. If Apple gets around to releasing an Android app this fall and simplifies the user interface, it’ll be a juggernaut.

However, I can’t see myself switching from Spotify for one simple reason. Spotify has a free, ad-supported streaming tier. I’d rather stream my music for free than pay $10 per month to get locked into Apple’s ecosystem.

Apple fans who’ve invested a lot in iTunes, don’t even hesitate. This will work great for you. Everyone else… unless you’re a big Taylor Swift fan, pick Spotify.