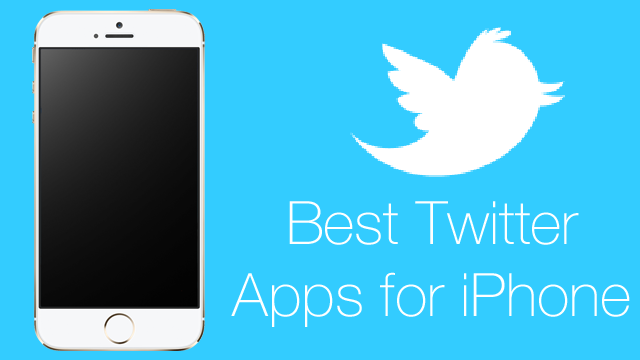 When we last checked on the best Twitter apps for iPhone, it was 2011 and Apple had just previewed iOS 5 at that year’s WWDC. The state of Twitter apps has changed quite a lot since then, so we’re updating our old picks for the best way to browse Twitter on iPhone.

A lot of the old picks aren’t around anymore because of Twitter’s draconian token system. As part of its effort to crack down on third-party clients and fun in general, Twitter implemented a limit on the number of users any third-party Twitter app can have. Once the developers run out of tokens to give users, the app is dead.

This doesn’t leave a lot of other apps. While the official client can work well enough, it can be hard to find great Twitter apps for iPhone. For users looking for extra power features, third-party clients are your best bet. Twitter’s stock app is a fine effort. Twitter bought Tweetie from rockstar developer Loren Brichter in 2010 and rebranded them as the official Twitter app for iOS and Mac.

Twitter for iPhone is first-party, so it dodges many of the problems which plague outside apps. There is no token limit, the app will always be supported and be completely compatible with Twitter.

It’s simple, clean and easy to use. The small fonts and easily understood design make it fun to use. I admit I’d never tried the official app before this, and it looks great. It loaded my Twitter account out of the iPhone settings without asking me to log in. Super easy.

The official app makes some decisions power users might find frustrating, though. It rearranges tweets and makes it difficult to find the last tweet you read. No dark mode. No

It’s also the official app, so you’ll see promoted tweets and ads. No surprise there – Twitter has to make money somehow.

I’d recommend the official Twitter client to anyone looking for a no-fuss Twitter experience without power features. Tweetbot loads your last position in your Twitter timeline, allowing completionists to never miss a tweet. As you scroll up, the app also shows a small number displaying how many unread tweets are above your position. Simple, but helpful.

Worst thing about Tweetbot is finding the settings where all these cool features live. I did not think to tap my profile icon in the upper left of the timeline for a good five minutes. An oddly bad bit of design in an otherwise well-made app.

Tweetbot is generally acclaimed as the best Twitter app for iPhone, and I have to agree. It’s the overall strongest mix of design and features. HootSuite advertises itself as an all-in-one app for your social networks. It connects to Twitter, Facebook, LinkedIn, Foursquare and Google+. We’ll stick to its performance as a Twitter client for this article.

HootSuite does things a little differently. It breaks your timeline, mentions and messages up into several streams. It’s not the most elegant of solutions, but it works. Twitterific was the first Twitter client for iPhone. Four versions later, it’s still a solid app with plenty to offer.

The interface uses a simple three-panel layout to divide your timeline from mentions and messages. Tapping your avatar or swiping left-to-right opens the base menu where you can access Settings, Today, etc.

Though Twitterific works fine, it falls behind Hootsuite in terms of features and Tweetbot in terms of design. The animations aren’t as nice, the design as clean or the features as powerful.

Twitterific monetizes itself through in-app purchases. Want to get rid of ads? Want push notifications? That’s $4. Between the price and the slightly worse interface, Twitterific has a hard time justifying itself.

Overall, I have to go with Tweetbot as my favorite Twitter app. Though expensive, it offered the best consistent performance and best-made layout.

The official Twitter client deserves a lot more credit than people give it, though. Before writing this I had skipped over it because of the knee-jerk assumption that the first-party app would be bad. Twitter for iPhone is a very good Twitter client.

The most discouraging part of researching this story, though, is the small number of good Twitter clients available these days.

When we wrote our first “Best Twitter apps for iPhone” article in 2011, we had no problem filling up a list with 15 good apps. There used to be so much innovation and creativity in that space. Design paradigms as fundamental as pull-to-refresh came out of third-party Twitter apps.

Now Twitter is slowly strangling it with the token limit. Until the eventual death of all third-party Twitter apps, we’ll just have to enjoy Tweetbot.