There are still a wealth of unanswered questions as to how efficiently Windows 8 will cater for both a tablet and a PC appropriately, but today we’ve seen the results of perhaps what will be one of the most critical developments of the software if it’s going to do so.

Startup times are often used as a key benchmark in the testing of an OS, and so it’s critical – even more so on a tablet – that Windows 8 can get going quickly. And it can. A video released by the company today shows in plain sight, an HP laptop going from zero to Metro in just a few seconds.

Why the Startup Speed is Vital for Windows 8

Not only is the few second startup going to dramatically improve the user experience on both tablet and desktop alike, it’s also likely to be a key ingredient in Microsoft’s marketing of Windows 8. Not so much because it’ll slap it all over the commercials, necessarily, but because users, reviewers and abusers everywhere would have a field day slating a tablet that takes 30 seconds to switch on just for some lightweight tasks. It would be a PR disaster from the outset. Besides, even the JooJoo had that covered.

On a similar note, it’s guaranteed that every Windows tablet will be compared to the iPad. It’s inevitable and unavoidable that it will be discussed, debated and never resolved, which is better, being able to start a full-fledged OS like Windows faster than the iPad does iOS is a +1 (no Google reference intended) for Microsoft.

And lastly, it will simply make everyone happier. And if Apple has taught us anything with the launch of Lion, it’s that mobile platforms can offer a world of good to their desktop counterparts. So if a desperation to compete in the tablet arena results in my laptop booting from dead in 3 seconds, then all hail Steven Sinofsky, President of Microsoft’s ‘Windows division.’ 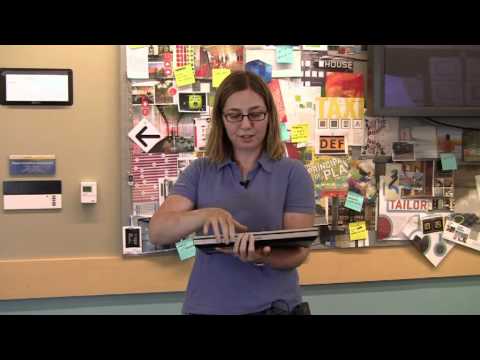 I’m not going to lie. I was pretty stunned when I saw it too. Reading the beginnings of this article, you probably thought I was exaggerating and then having watched that, and felt your jaw hit the floor, swiftly retracted any thoughts along those lines. I know. It’s incredible.

This little feature alone has me itching to get my hands on the early builds of Windows 8, and I can’t help but think if the other new features continue to live up to this standard, it’s going to be one hell of an improvement over Windows 7, and contrary to my early opinions, Windows 8 might just pull it off on both fronts.

I do believe this is a very necessary improvement, though, as it’s such an enormous improvement over Windows 7, it’s going to get noticed. A minor improvement here and there will just wash over you and you’ll get used to it before you realise it’s any different. But this will smash you straight in the face when you first use Windows 8, but in a pleasant and welcome way. And it certainly won’t hurt.